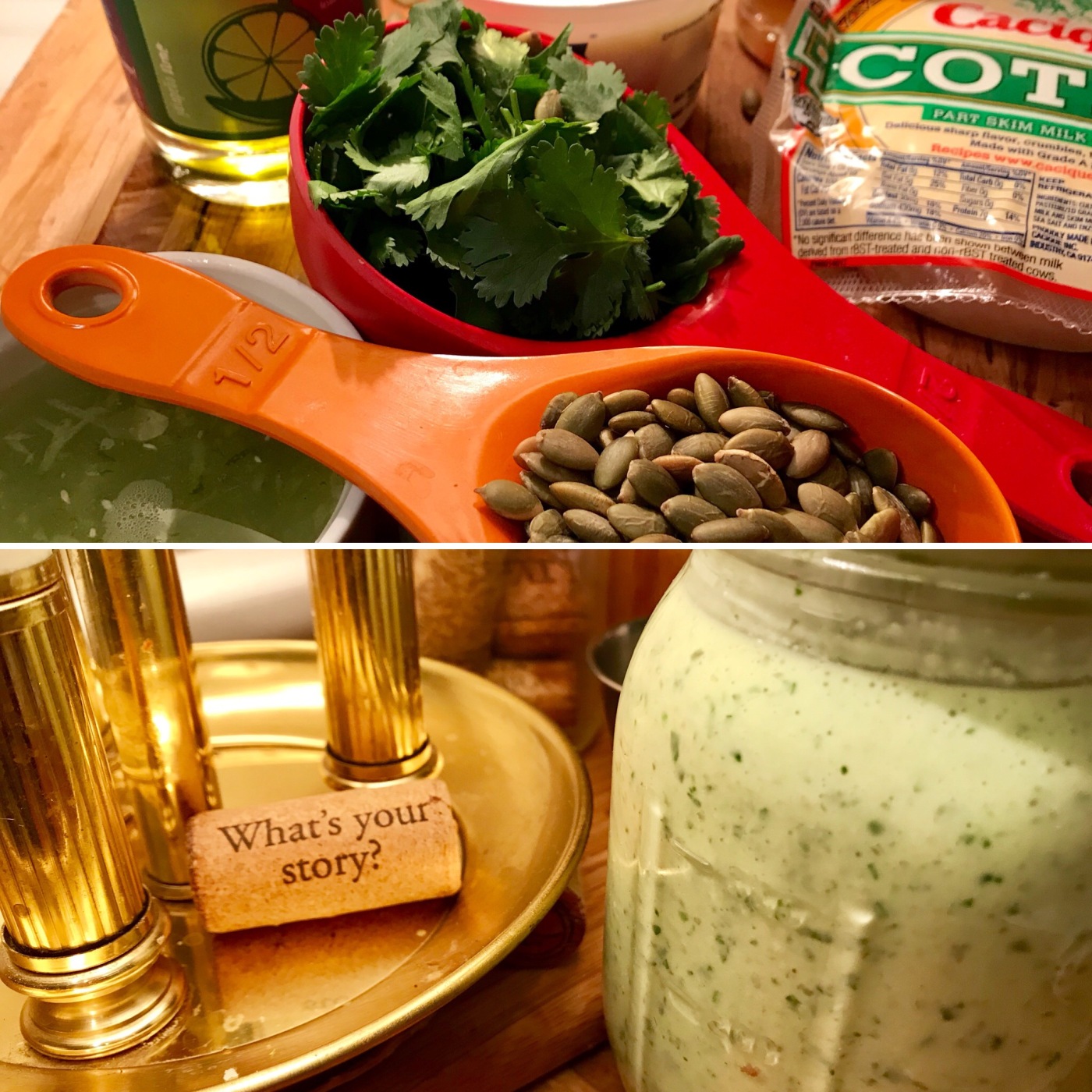 I used to make a great creamy cilantro dressing, based on the dressing from the El Torito Grill in California. However, after meeting the owner of ExtravaGONZO Foods for the umpteenth time at either the Boise Co-Op or Whole Foods in Boise, I challenged myself to adjust the ingredients to use two of their flavored oils. The first attempt was an epic failure, so I worked to adjust ingredients and eliminate ingredients I felt were not necessary. The second round is a home run! Or, let’s make that a touchdown since the Super Bowl is in two weeks!

Roast pepitas in oven until the seeds just start to pop. Set aside and let the seeds cool as you measure the other ingredients. Place the first ten ingredients in food processor. For the oils: take a half cup measuring cup and pour the tablespoon of the ExtravaGONZO jalapeno lime oil, and then add the ExtravaGONZO blood orange oil to fill that half cup. Blend the 10 ingredients approximately 30 seconds, then add the Greek yogurt and blend again until smooth. Add the cilantro leaves and blend until smooth. I did have to add filtered water to make the dressing to the consistency I desired. I would start with a quarter cup of water. I used a third cup and even though it was perfect, I recommend that if you like your creamy dressings thicker, then go light at first with the filtered water.

Bon Appétit or as we say down south of the border, Comamos!