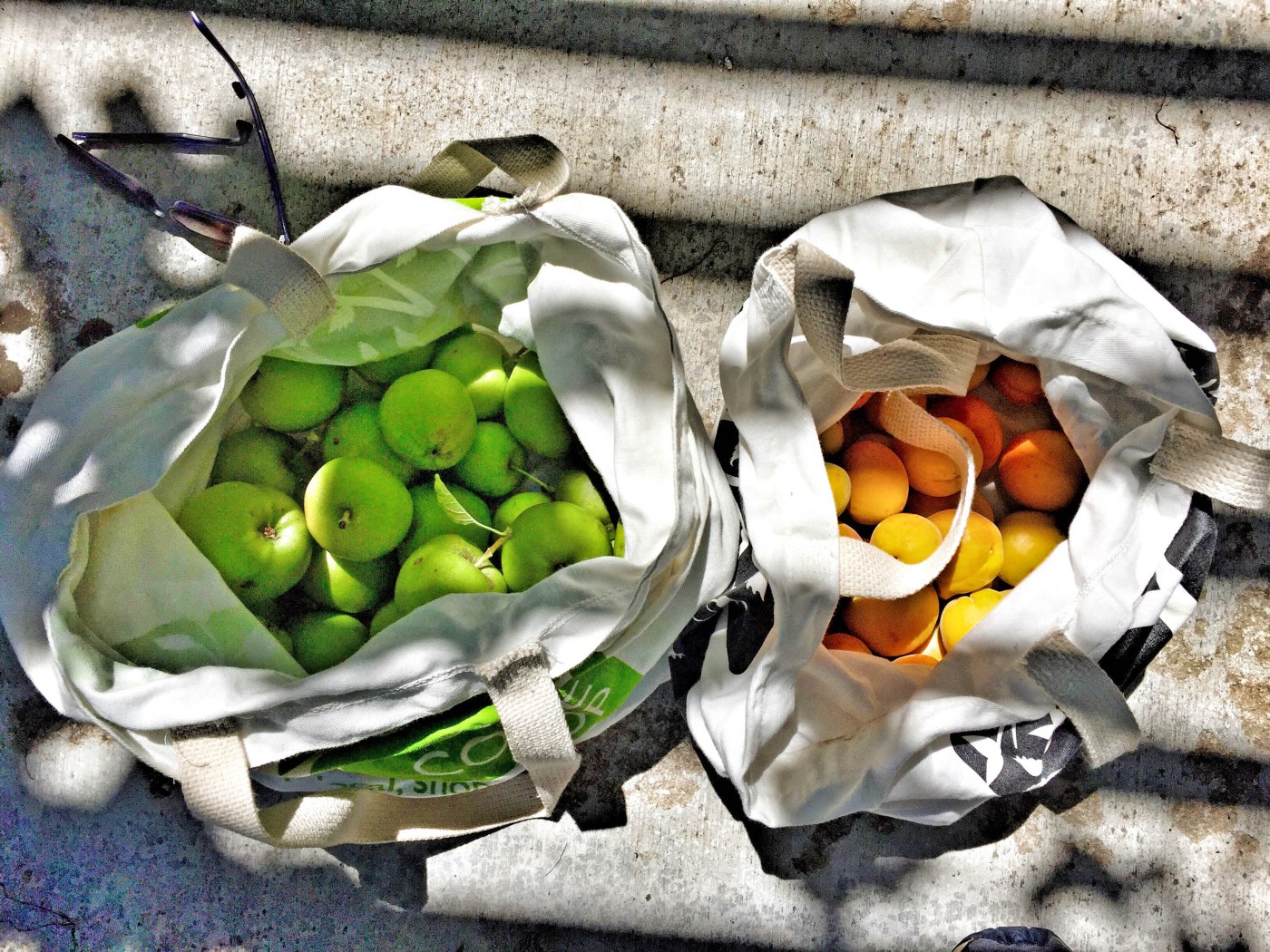 When does your week end and when does your week begin? I suppose I can say Sunday or Monday, Monday being the wisest choice. After all, Saturdays and Sundays are supposed to be “off” days despite the fact that many of us work on weekends.

I had a tough week. It began early on with a migraine that started with the lights in my eyes. Each afternoon the following days brought that drone type of pain that followed decisions to stay home and be still. Tall task for a doer such as myself.

The headaches made me think, what am I doing to cause this? Is it stress? Is it the heat? It is the smoke from nearby wildfires? Or is it just me worrying? That is just why the apple picking get together came in to my aching head. I need to get out and do something again with the company of friends. To not have an agenda other than just be.

This Sunday, I went back to the property that had the apricots and this time our goal was to pick apples. The apples were green and tart but not so much so that you did not hesitate to take a second bite. As far as I am concerned, that makes the apples the perfect fruit for pies or cobblers or some other concoction for dessert later this year when the sun goes down much earlier than it does now. Unfortunately, the apples had fallen to worms over the course of the week we were absent, so we were not able to pick as many as we had hoped. Oh, but there were more apricots!!

Since I can work on the apples this week, I cleaned the apricots and pureed them. In a saucepan I made a simply syrup with raw sugar and let it cool completely. A quick trip to the grocery store, and fresh organic raspberries went immediately into the freezer. After a few hours, I mixed the simply syrup with the apricot puree and folded in the frozen raspberries. HINT: so that your sorbet does not get rock hard in your freezer, it’s a good idea to add a few tablespoons of vodka. Some folks add corn syrup but that stuff is not allowed in my house. 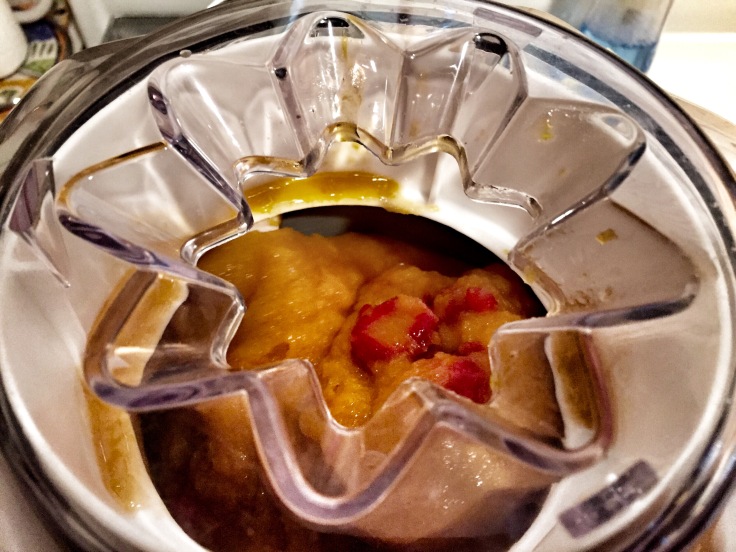 Tomorrow night, the apples will get peeled, cored and sliced. I will fill quart freezer bags and add a bit of fresh lemon juice and brown sugar. Each quart bag is the perfect amount of fruit for my favorite apple crisp recipe. I’ll probably vacuum seal what I end up with so it lasts longer in my freezer.

So, this Fall I will be blessed with the knack of being able to produce a dessert from the fruits of my labors.