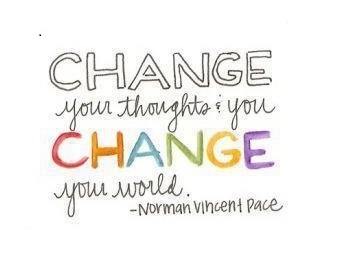 The tribal nature of the anger in America will suffocate us if we do not collectively change our community, our daily lives, our online lives.

I have given this thought all week. The panel on Meet the Press at the end of the show last weekend on March 17th was just about that. They discussed what their responsibilities are as journalists. Why it is up to them to be above the fray, to report with clarity.

Do you look into articles or reports that are strictly one point of view? If so, kudos to you. If not, I want to ask you why not. This works both ways, both sides of the fence in America.

What I find fascinating is that when I do share a post from a national publication that states facts, I am told it is only an op ed piece and therefore is merely an opinion. Okay, so that post did appear in the opinion section, but it contains verifiable facts. I want to know how that makes it not authentic, because of what section it was published in?

How did we get to only believing what we want to instead of considering the what if?

This is what I want to ask: does a person’s opinion eclipse a professional journalist’s piece that is fact checked as well as verified? Why is the deflection always the same: blame the other side about what you will not bother to verify on “mainstream media”?

What some Americans diss as mainstream media has kept our nation informed for over a century. Is that so wrong?

I’ll tell you what happened to America: Ronald Reagan abolished the Fairness Doctrine in 1987, which back then required the holders of broadcast licenses to present news in a manner that was honest and well balanced. Eliminating the Fairness Doctrine gave way to the birth of right wing talk radio, ultra conservative television media and other online conspiracy theory websites. The progressives do the same nowadays. Take all the ridiculous memes we see on social media.

We are trapped under a cloud of whataboutism in America.

What have we become?